Nightmare security issues with the new US Passport and e-Passport (Passport Card) call into question the compliance of these documents with even the most basic security issues.

The U.S. Dept. of Homeland Security did much to avoid risk of hackers getting in to the database, by making the number a mere pointer to their own files grounded in DHS computers. But the very function of the RFID chip, broadcasting an ID number, is easily co-opted by the private sector (retailers), and combined with the other information the retailer collects.

No need to obtain the government's data file, just about anyone can buy the data collected by the retailer, including your identity, all of your buying habits and payment options, demographics information, etc. The data then is neatly wrapped up and tied together with your RFID number, then sold, legally, to any number of buyers.

Now you walk through the mall, with your new drivers license, passport or passport card in your wallet, and that Israeli chick at the kiosk with the Dead Sea soap calls you by name - from 30 feet away.

Worse, some creepy guy likes what he sees when you pull up next to him in traffic. He inputs your RFID on his mobile, and gets everything about you, including address. He may even add your license plate number to the database app on his iphone.

you can remedy the problem at http://jonathanwarren.wordpress.com/privacy-services/, but should you have to?

It seems that RFID has no redeeming value. Please comment. 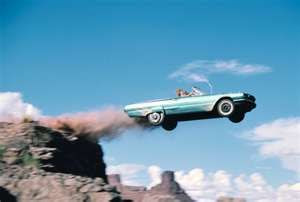